Did you hear about the Headless Ghost of Taaffes? Legend has it that Taaffes Castle is home to it’s very own ghost! Read about it here…

The first Earl of Carlingford was Theobald Taaffe, one of 15 children. It was normal in the 1600s that the eldest son would inherit the title but his first son was killed in the Turkish wars, and the honour fell to his second son Nicholas.

Nicholas arrived by boat to the gate of the castle around 1678, and was greeted by a great fanfare of trumpets. Servants lined up to greet the new master, a dashingly handsome fellow, who caused a few hearts to flutter as they bowed and curtsey to the new Earl. One among them, Eimear, a kitchen maid, not yet 17, and more beautiful than any of them, servants or ladies, felt a great shyness and she blushed full bloodily as she caught the Earl’s eye in a momentary glance. Nicholas noticed her too, and made a mental note of her beauty and presence. He would not meet her again for some three weeks.

As he dined in the grand hall with other great men and ladies who had returned from a hunting trip, Eimear was directed to clear the table of the remnants of the days feasting. It was to Nicholas’ place setting that she first went, begging his pardon as she reached to take his plate. He caught the scent of the crushed lavender with which she had washed her hair that morning, and as she moved away, his eyes followed her shapeliness and the gracefulness of her gait as she walked slowly towards the servant’s quarters.

He would not see her again for days, caught up in the affairs of state as he was, but on his return he sought her out. She came from the kitchen below with sherry which he consumed each night before bedtime. As she entered the hall he stood with his back to a blazing fire, his shadow projected like a giant on the opposite walls.” Your sherry my Lord” she almost whispered, her heart was thumping. She felt a strange mixture of fear, shyness, and exhilaration. He could barely see her face, her head was slightly bowed. He just stood there watching her. “Your sherry my Lord” she said, barely audible. She saw his hand reach out but not to the sherry, and he gently stroked her face. She looked up, “Your sherry my Lord” but this time there was no voice just the movement of her lips. He moved to take the tray from her and placed it on the hall table. “Will that be all my Lord”! she curtsied.

He took her hand, raised it to his lips and kissed it. Their eyes met for what seemed to be an eternity, and volumes of words were spoken between them in that second of time. “That will be all Eimear” he said.

From that day on the seed of love was planted, and with each passing day their love for each other grew. There worlds were worlds apart, their lives marked out by the conventions of the day. Their love would remain their secret. Each fleeting moment, each glance, each touch, was cherished like it would be there last. Yet it was enough then to satisfy the deep longings they had for one another.

And then one day, it wasn’t enough. Nicholas consumed with love for her came and asked for her hand in marriage. There was no hesitation “Yes Yes my beloved” she cried. No two people ever loved each other as they did, each one’s pain was shared pain, each ones joy was shared joy. They were as one. The wedding day was set for the 14th July 1690.

In that year the Protestant Williamite army was in Ireland and was in conflict with Catholic King James. Nicholas was called to arms on the side of James. On the day he left Carlingford for battle they both lovingly and longingly embraced, tears stained her cheeks, she begged him not to go. She dropped to the ground her arms encircling his legs. “Please Please” she begged, “I don’t want to lose you”

Nicholas was honour bound to go, and go he did, riding a red chestnut stallion towards Drogheda. Her words called out to him carried on the wind as he rode ahead of his army “I will never forsake you, I will forever wait for your return.

Eimear retired to her room and pined every day that he was gone. No food passed her lips that anyone knew of. Some weeks later a messenger arrived on horseback with the news that Nicholas had been killed at the Battle of the Boyne on July 12th 1690 two days before they were to marry. The messenger said he had fought valiantly on the side of King James but had been pierced with a sword through the heart and that his head had been cut off by a Williamite soldier. The last words he spoke were to cry out her name.

They chose a servant girl to tell Eimear what had happened, her door was slightly ajar, the girl peeped in and to her horror she saw blood flowing from Eimear’s heart and her head lay decapitated on the floor. There was no sword to be seen, no one had entered the castle, but she had somehow suffered the exact fate as her lover had at Drogheda. It was though their spirits and bodies were as one.

She was never buried. They left her where she was found: to terrified to go near the awful scene. The door of the room was closed and the horror locked away forever, but her spirit still lives on in Taaffes castle. She still awaits the return of her lover and can be seen any night in different parts of the castle, a ghostly white figure with no head crying “I will never forsake you; I will forever wait for your return. My darling, my darling, my love, I will wait forever for your returnnnnnn….. 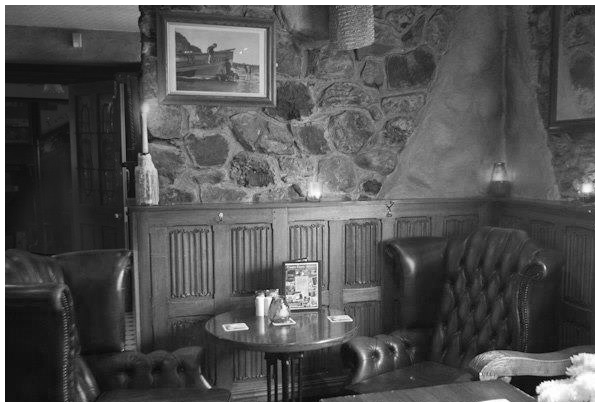